How Diet Can Help With ED

Sexual disorders such as erectile dysfunction and premature ejaculation have more than a few causes behind them. While there is a stigma attached to sexual dysfunction, educating individuals on the various things that can positively or negatively affect their sexual health is important. From medications to psychosexual therapy, there are ways to help treat the symptoms of ED, PE, and other sexual disorders. However, many often forget that their lifestyle can bring about changes in their sexual health as well. One lifestyle modification that many take for granted is diet — a bad diet can cause many things from medical conditions such as hypertension to affecting erectile function.

Did you know that there is evidence [Sexual Medicine Reviews: Diet & Men's Sexual Health] that reveals an association between different diets and men’s sexual health? According to a study, ED symptoms were improved in men that consumed a Mediterranean diet — a diet that helps [Harvard The Nutrition Source: Diet Review, Mediterranean Diet] keep conditions such as diabetes and cardiovascular diseases at bay). Furthermore, men with higher BMI’s that lost weight through healthy diets saw improved erectile function. So, how does diet help with ED, a common sexual disorder?

You may have heard (Read More: Is ED An Early Indicator For Heart Disease?] that ED could be an early indicator of heart disease. Blood flow is one of the most important factors when it comes to getting and maintaining an erection. Health concerns, some of which are closely associated with a bad diet, can increase the risk of developing or worsening ED symptoms. These health issues include being physically inactive, binge drinking, atherosclerosis, and most importantly, obesity. Diets that are high in fats, and carbohydrates, contribute to obesity, which further can lead to worsening ED symptoms. Do you see the connection?

There are foods that improve erectile function by aiding in improved blood flow, increased testosterone and nitric oxide production. You may be wondering, what are some foods that help with this and why do they help?

Nitrates are natural chemical compounds. They have the ability to cause vasodilation (that occurs with the relaxation of arteriolar and sinusoidal smooth muscle) that helps an erection. Furthermore, they also produce nitric oxide, which is beneficial for vascular health and blood flow. [Anesthesiology: Nitrate-Nitrite-Nitric Oxide Pathway: Implications For Anesthesiology & Intensive Care]
What are some nitrate-rich foods?
- Beetroot
- Celery
- Spinach
- Radish

A study found that men who received 30 milligrams of this essential mineral per day showed increased levels of free testosterone in their bodies. Low levels of testosterone can affect erectile function. [ASEP: Effects Of Novel Zinc-Magnesium Formulation On Hormones & Strength]
What are some Zinc-rich foods?
- Oysters
- Beef
- Crab
- Beans
- Yoghurt

This amino acid found in protein helps [Role Of L-Arginine in NO production in health & Hypertension] in the creation of nitric oxide, which further helps in smooth muscle relaxation that allows for an erection to be maintained. L-arginine is said to help as another research study [L-arginine & L-citrulline Levels in ED] discovered that men with ED commonly have low levels of the amino acid.
What are some L-Arginine-rich foods?
- Fish
- Red meat
- Poultry
- Whole grains
- Beans
- Dairy

These are compounds naturally found in fruits and vegetables. There are rich in antioxidant activity and detoxification. An early study [Overview of Dietary Components With ED: SD In Young Men] revealed that men of ages 18–40 who had 50 mg of flavonoids per day, were 32% less likely to report with ED. Furthermore, more research data [Dietary Flavonoid Intake & Incidence Of ED] has suggested that flavanoid-rich foods are associated with a lower ED incidence. These compounds help in increasing blood flow and nitric oxide — the latter is needed for muscles in the penis to relax allowing for the chambers of the penis to fill with blood resulting in an erection.
What are some Flavonoid-rich foods?
- Cocoa
- Dark chocolate

This natural compound is found in foods that are commonly pink or red. This is because it contains a chemical called carotenoid, which has a natural red/pink pigment. Research [Lycopene & ED: Results with Diabetic Rats] has suggested that lycopene improved ED in rats, allowing researchers to explore the idea of the compound possibly becoming a treatment option. Another study [Lycopene Effects On Initial State Atherosclerosis] further revealed that the compound has benefits for cardiovascular health — which is a major aspect of ED.
What are some Lycopene-rich foods?
- Watermelon
- Tomatoes
- Red peppers
- Papaya

Taking care of your overall health and consuming a nutritious diet can help prevent or manage erectile dysfunction. However, before you make any changes in your diet, it’s advised that you consult with an andrologist, urologist, and/or a psychiatrist to understand the cause behind your ED symptoms. With the help of their prescribed treatment plan, you will be able to abide by their advice of adding or removing certain foods from your diet.

Kanusha Y K
Lifestyle
Obesity and Sexual Dysfunction: What's The Deal?
Obesity is a pandemic, did you know that? While we know that obesity can affect your physical health drastically, what effects does it have on your sexual health? Or rather, your sex life?

Anoush Gomes
Lifestyle
Does Alcohol Kill Libido?
There’s no question that alcohol use can negatively impact sexual functioning - which is yet, another reason, why you should limit your intake.

Anoush Gomes
Sexual Disorders
4 Types Of Sexual Disorders
Here’s all you need to know about the common ones that may affect a person's sexual desire, arousal, orgasm, and pain sexual disorders. Dr. Pramod Krishnappa
Lifestyle
PE And ED: These Exercises Can Help
Lifestyle modifications can have a significant impact on sexual health along with overall health. 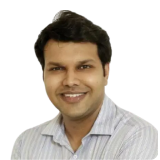